Precious 19th century oval table, in black lacquered "papier mâché" with "burgauté" decoration (inlaid with mother-of-pearl) of castle and flowers, from the Napoleon III period. The set includes a polychrome decoration composed of friezes of grapes, floral scrolls tapered gold, palmettes and foliage. The top opens with a flap revealing a removable sewing box composed of eighteen compartments, in moiré silk and green velvet. Inside, a set of small sewing objects such as a gilt dice, six spool holders and two ivory needle holders. The case conceals a larger container composed of a single box. In the lower part, a drawer, opening on seven storage compartments and closed by a small key lock. The central baluster base with melon sides rests on four scrolled feet with casters. This small, light, functional and beautifully crafted piece of furniture perfectly embodies this era of industrial revolution where bourgeois pomp and the triumph of luxury are reflected in all areas.

The lacquered papier-mâché known as "disguised cardboard" of which our Napoleon III sewing table is made, appeared in England and then in France in the 19th century, but has its origins in the Far East. This material made of vegetable fibers, recycled paper and straw, was added to glue in order to create a paste, which was itself refined for several days. The paste was then molded, cooked in linseed oil and sanded to receive a meticulous black lacquer, in the oriental taste. As Napoleon III was campaigning in China, Chinese and Japanese motifs were very much in vogue. Trade being simplified, the styles and techniques of the East also quickly reached Europe. This is how French furniture integrated the burgau, a pearly shell from the oriental seas, used in inlay by the greatest ornamentalists to enhance the black of the lacquered furniture then in vogue. If you want to know more about the Napoleon III style, we invite you to read the dedicated article on our blog.

Condition report : In good condition, slight minor wear on the fabric and burgundy. Bottom drawer is functional with key. Key missing on top lock. Two reel doors have been restored. 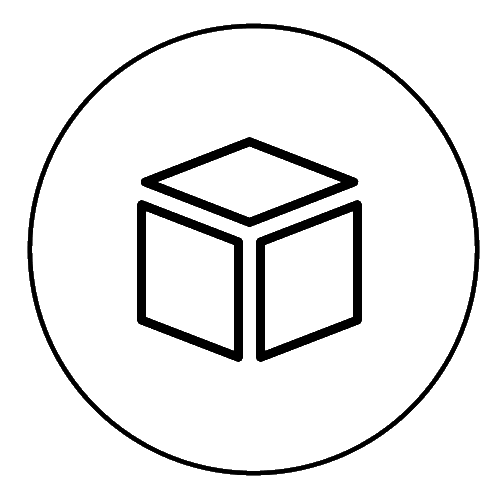 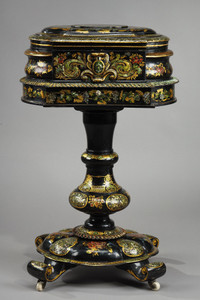 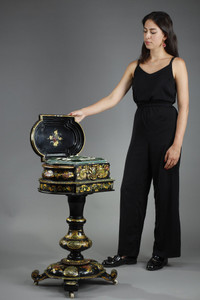 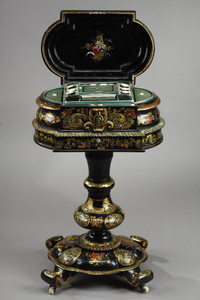 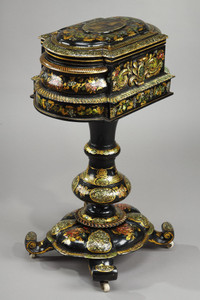 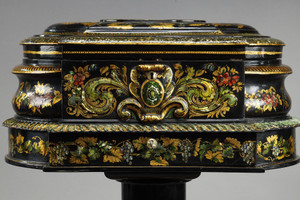 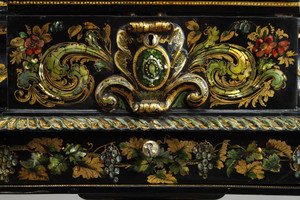 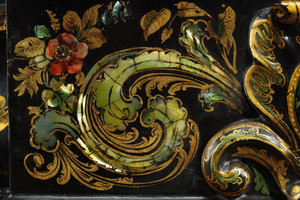 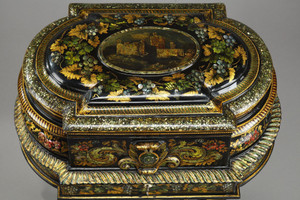 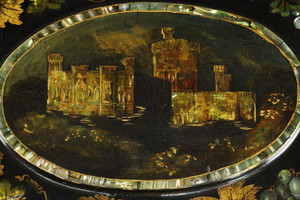 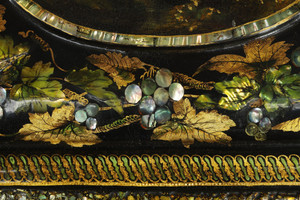 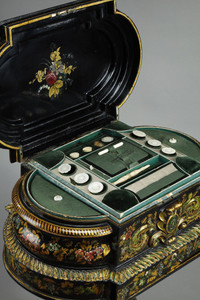 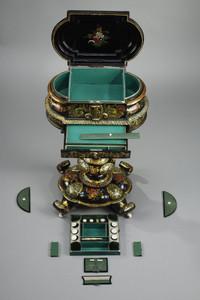 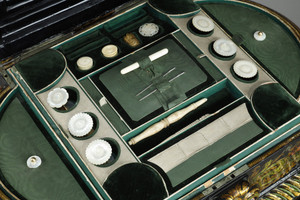 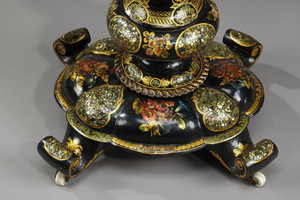 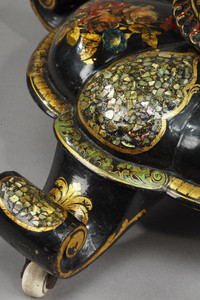 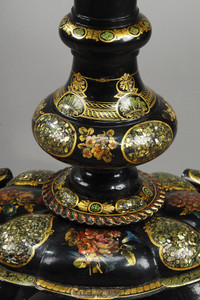 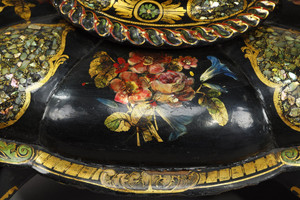 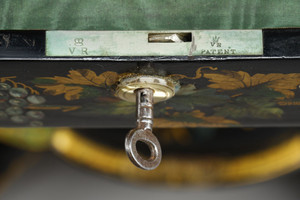 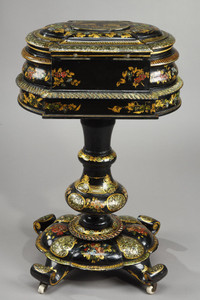